Hello all! I am working on a project and attempting to discover the history and details of this fork I have.

The story (from a very reliable and well known collector):

“The guy who originally owned it said He ordered his bike from somerville it was welded in massachusetts and fat city moved in the middle of his frame build. He couldnt afford the fork at that time so he ordered the fork about 8 moths later. The fork was made in new york by fat city. The guy ended up putting a suspension fork on. At that point he painted the yo fork and put it on a merlin. Then when he wanted to put the fat back together he had the fork repainted but it ended up not matching the color”. Its from 94 and it even had the welders black marker on the steerer when I had it. The steerer has the aged patina of a nearly 30yr old fork. I did some research and saw a post stating that FAT started to heat treat forks in Saratoga NY as Serotta were used to doing this. Its a bit lighter than a gusseted BOI fork and should be amazing to ride.

The facts about the fork:
418mm ATC
Non Campagnolo Dropouts
No Gussets on the rear of the legs
Aqua fade paint looks killer
1" threadless steerer

This will be going on my 1994 Fat Chance Titanium I have also considered trying a Yo fork (as I have spoken to others with a 95 Fat Ti and they love the ride). It has a 390mm ATC and if I felt like I was up to the challenge I could also get a Chris King 5mm tall lower race to make the ATC 395mm. This Yo fork is the Lavender shown next to the BOI. Any help, any info and any opinions would be fantastic! Thanks all! 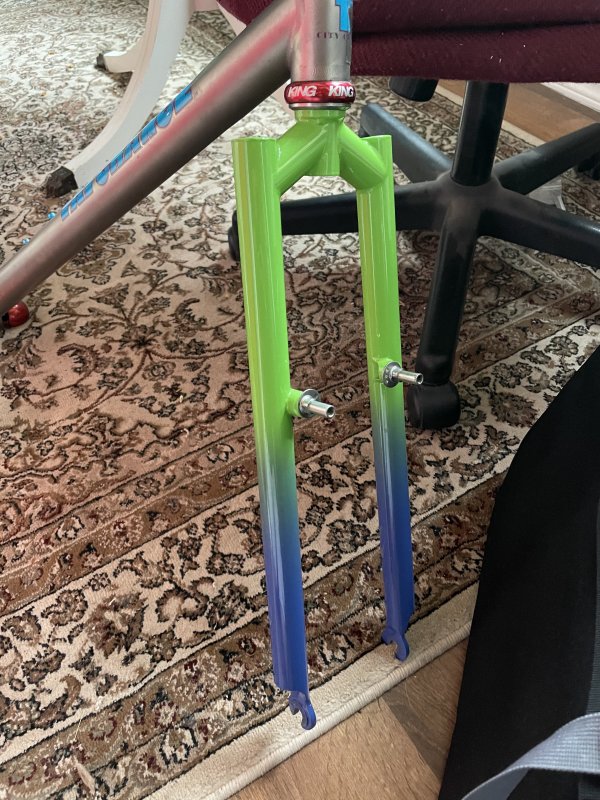 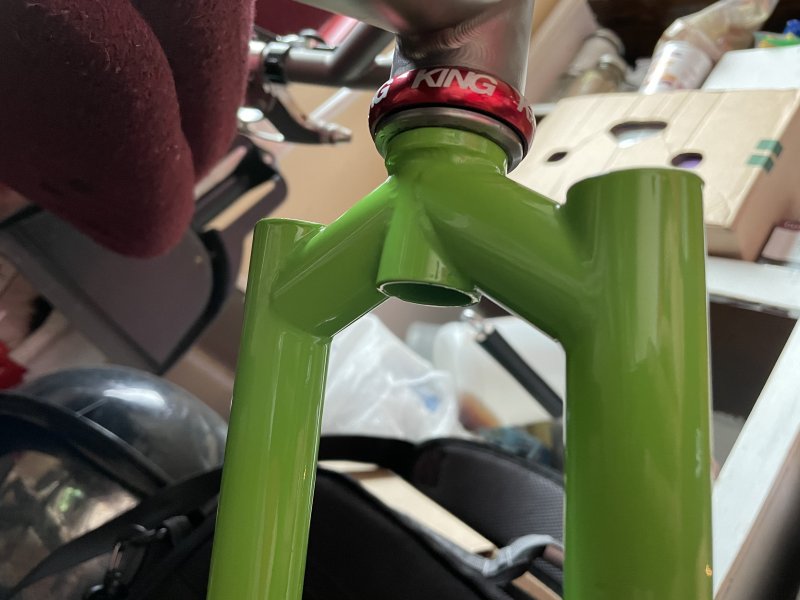 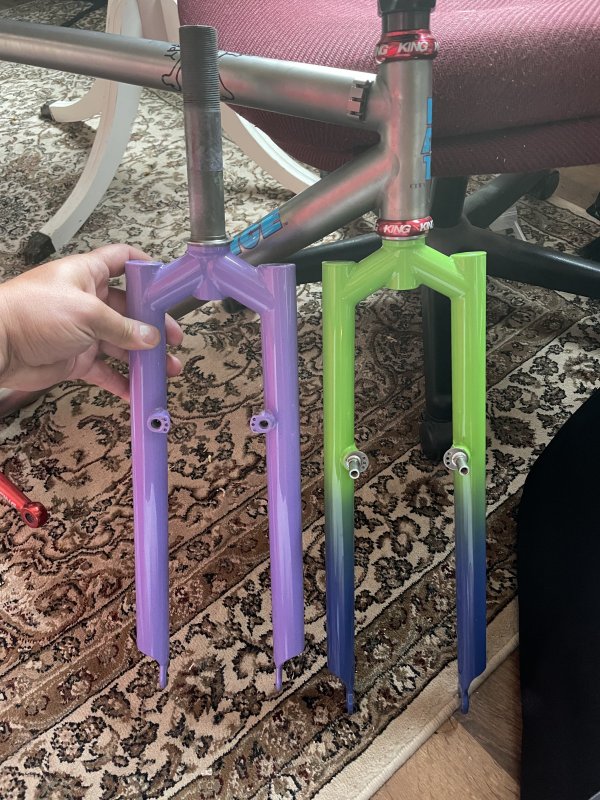