And different brake pivots than my 94. 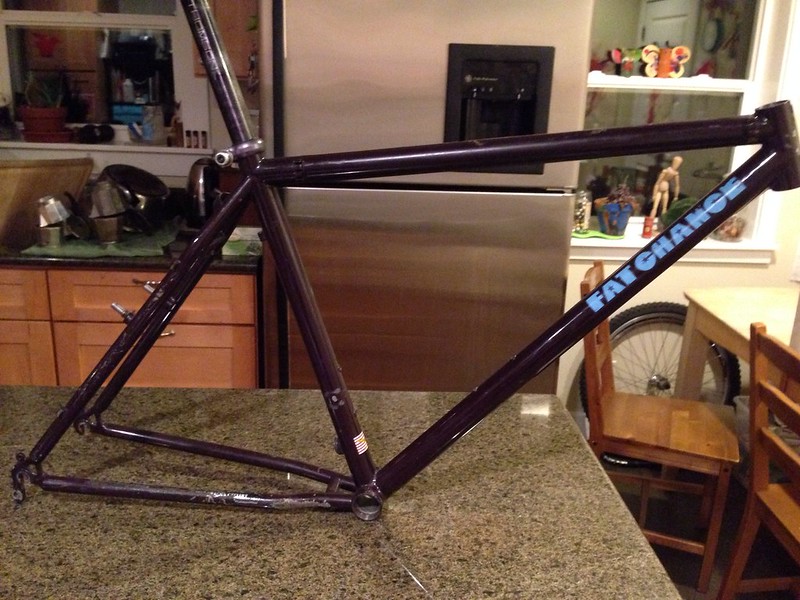 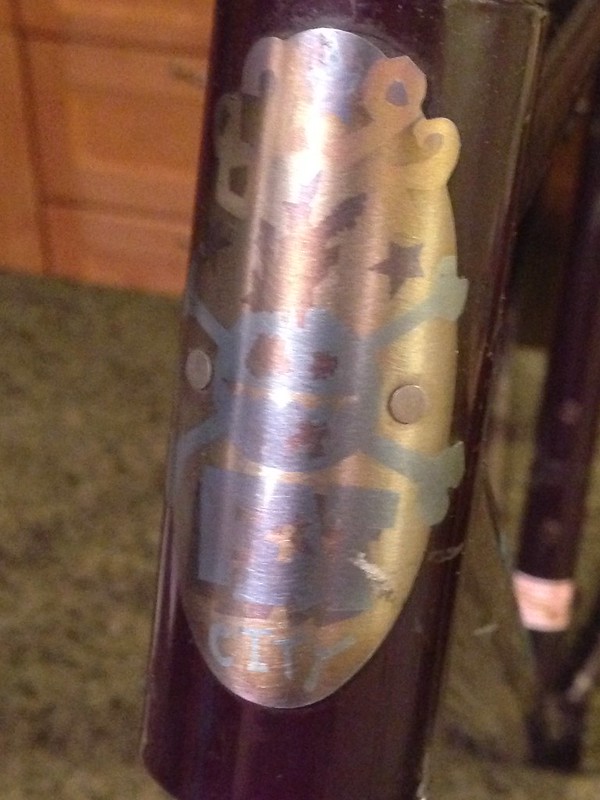 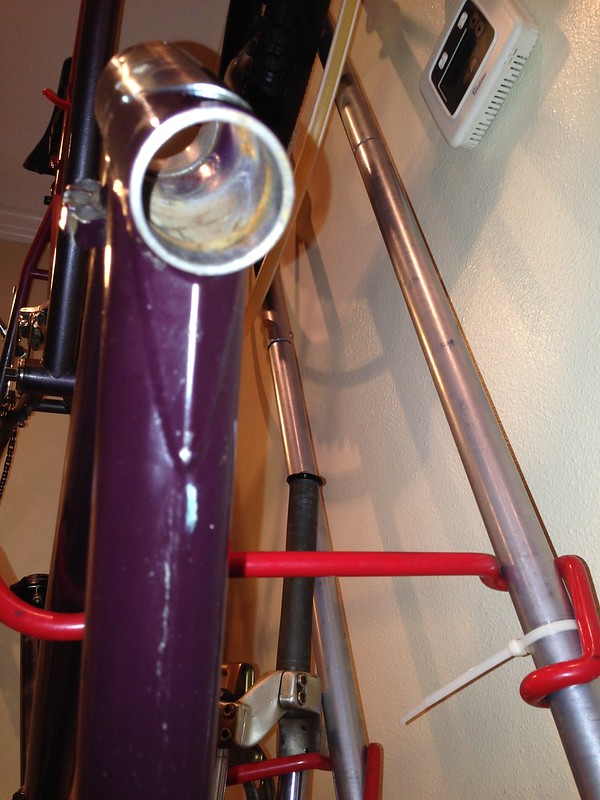 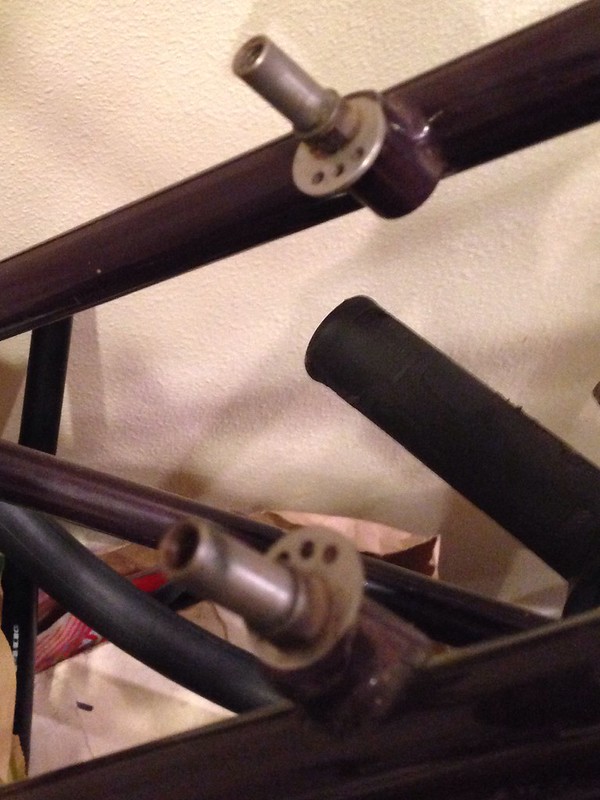 Staff member
Employee bike? Yo's didn't usually have the eyelets in back either.

Probably an employee bike but I don't remember who may have gone by that name. The brake mounts were made by Paragon and had replaceable studs and stainless steel spring plates. Yes we usually cut the rear eyelets off of the Shimano drop outs on the Yo Eddys. The frame looks like a medium. Can't shake the cobwebs on the owner though!!
The FAT CHANCE downtube decal is one we used on the TI frames too
Enjoy
Scott
Last edited: Mar 26, 2014
R

So, I;ve updated the build on my Yo Eddy, as nobody seemed interested when I was trying to sell it a couple months back.

What I've been able to ascertain is that it was a staff bike built for a guy with the nickname "Bear", which I'm trying to chase down. I bought it off Craigslist months ago as a basket case project. Rust free, but some minor dent issues.

All Yo's had the rack/fender mounts filed off the rear dropouts, but this one has them intact, and the head tube badge is an un-numbered 10th anniversary badge.

I repaired a top tube dent, brazed on a new top seat stay derailleur stop, and filled in some minor chainsuck damage with some silver.

The finish has some patina, and the brazing work has been lovingly sprayed with some quality black and clear coat, as the purple is pretty much impossible to match - and I've never seen it on any other Fat, or any other bike, for that matter.

I built it with a full 8-speed XT group, because that group never gets any love, added a stylish Koski fork and the handlebar is old Fat City/Tru Temper Aluminum, and the stem is a Ritchey.

Great job! That fork looks perfect and I love a fork/stem painted to match. Bars, not so much... , but it doesn't really subtract from the overall in this case.