Status
Not open for further replies.

Nice write-up Martin! This is arguably the first ti Mountain Bike ever made!

I had a good time working on it and then even more fun riding it!!! Great weekend with some great bikes.

Yes he is the head of the Sonoma County Bicycle Coalition

Please teach the guy who wrote the reviews about period correct parts pre-1990
Click to expand...

I'm gonna go ahead and assume you're joking...
T

This is arguably the first ti Mountain Bike ever made!

Thank you for posting. I love this site, and that bike!
G

troda said:
This is arguably the first ti Mountain Bike ever made!

Please teach the guy who wrote the reviews about period correct parts pre-1990
Click to expand...

How would you have worded it?
J

Bdot said:
How would you have worded it?
Click to expand...

Are you fcuking serious?

"I don't like your tone young man! He sent me parts, so watch your tongue"

What a joke
M

Bdot said:
How would you have worded it?
Click to expand...

I think Jon's point was that MYC commented on a build he "thought" I did, meanwhile the bike has been configured as seen in my writeup since the mid 1980s. In short he was being an ass with no clue about what he was talking about.
B

Like I said above. It was a "leave mkozaczek alone!" type of thing >Chris Crocker voice<

OK fellow FatCOGS, I did not see this thread going off a cliff until today and I'm only going to address this 1 time because I actually like Jon and of course the owner of these cool bikes, they are both very kind respectful people;

Jon, sir...I was not trying to be rude, I was trying to keep the integrity of the Vintage Mountain Bike community intact by calling out someone who made an error in a bike posting and I was NOT referring to the 1985 Ti bike write up and I apologize for not making that clear from the beginning, I was in fact referring to Martin's write up of the 1983 Fillet Brazed Fat Chance where he wrote on his blog:


THE STATEMENT IN QUESTION IS:
"early Shimano Deore (probably not original) rear derailleur" 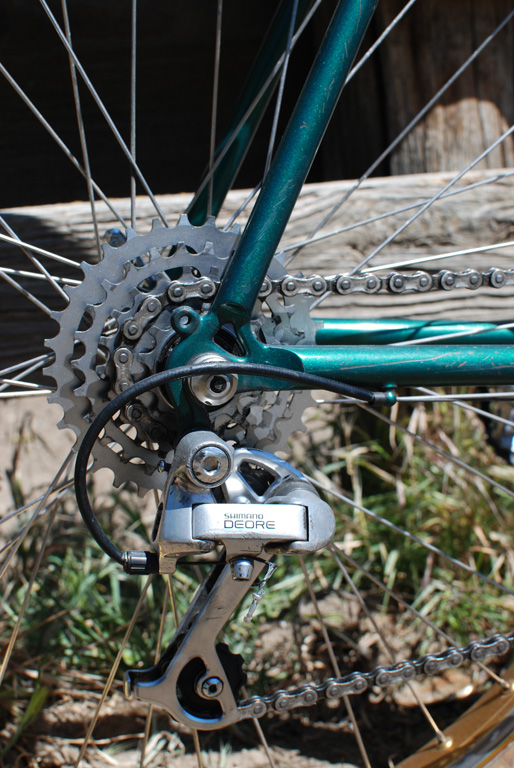 There's clearly no way that that's a part from 1983, it's easily from 1989? So of course it is NOT original, that's why I questioned his knowledge of period correct parts and that was ALL that I said to spark such Fury - I do not think that what I said was rude or crude or disrespectful, was it a Jab with a "winky face" yep and Mr. Martin's responses have been highly defensive and not so nice, I think he even called me an "ass" somewhere up there...I may actually be an ass but that's a different story...but I didn't call anyone an ass. 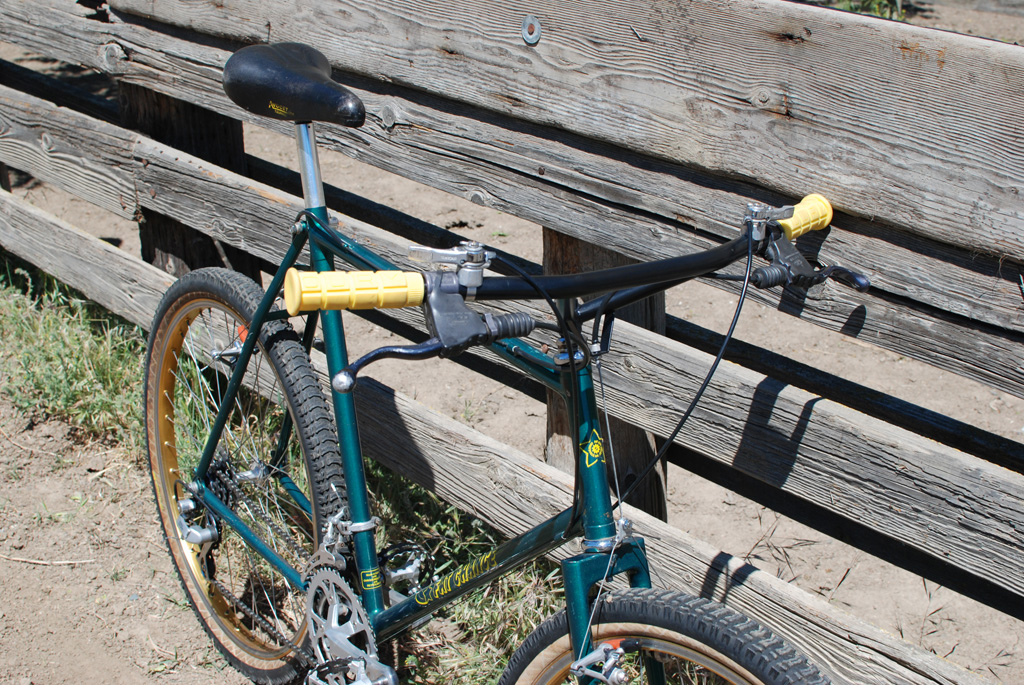 Peace everyone, go out and ride your bikes and get away from your computers. :kissyface

OK So I'm not going to argue about who did what and when and how but I can give a little background.
I took over welding for Fat City when Gary decided to form Kestrel Metalworks. He lost the Kestrel name to the carbon fiber Kestrel guys so he went with Merlin Metalworks keeping the raptor theme.
Gary made a plasma welder by cobbling a Thermal Dynamics plasma torch to a Miller Synchrowave 300 TIG machine. The Synchrowave was not equipped with a pilot arc mechanism which allows the plasma torch to start the main welding arc so there were some issues there and he also had overheating problems with the torch lines.
He had basically abandoned the plasma concept by the time I started working there in November 1986 and he had installed a conventional TIG torch back on the Synchrowave. (I learned how to TIG on a Synchrowave at Wentworth so I was already very familiar with its capabilities). The plasma welding was as much a marketing item as anything else since it didn't offer that much of an edge over conventional TIG for the wall thicknesses we were welding. Plasma is much better suited for thicker materials and high speed production. I would have liked to have had a real plasma system that had a power supply built especially for the process but that never happened.
I'm sure he used the plasma torch to weld the first TI MTB frame at Fat City and they would have used that in the marketing. He never did use plasma at Merlin to my knowledge. Conventional TIG set ups were cheaper and more reliable at the time.
Also, titanium is very fickle when it comes to metal cleanliness and the Olive Square shop was anything but and that was one of the reasons for the split.
In the spring of '87, I decided to clean the weld room and I took the Synchrowave out in the parking lot and took the side panels off and blew all the dust and dirt out. One of the neighbors thought the building was on fire from the dust cloud I made and she called the fire department. Pretty damn funny.
I wonder where that old Synchrowave is now. Sure would like to have it for my own. We have a couple of them at the shop I work at now in Central Mass and I love them still. I'm trying to talk the management into getting a real plasma welder here but I don't know...
Anyway, that's my story and it's sticking to me
Enjoy and have fun
Scott
Z

I love to read about the history of FC from those who were there, to me it gives these frames personality and real history.

Status
Not open for further replies.